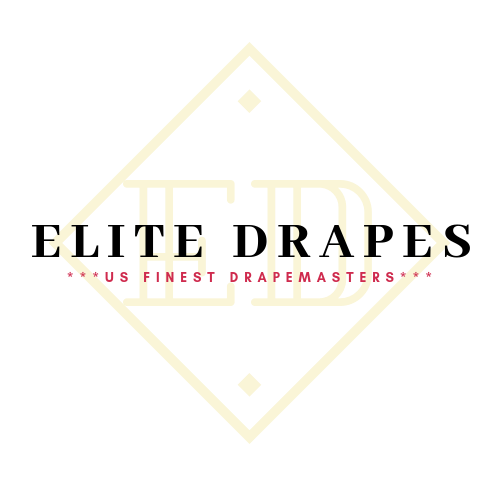 Types of drapes WE OFFER

The front curtain, which is variously called a grand drape, act curtain, house curtain, house drape, main drape, main rag, or, in the UK, tabs, hangs downstage, just behind the proscenium arch. It is typically opened and closed during performances to reveal or conceal the stage and scenery from the audience.

Depending on the type, front curtains may travel horizontally or vertically. In the case of front curtains that travel vertically, some types gather near the top of the proscenium when opened, while others are raised into the fly space above the stage.

Teasers and tormentors are horizontal and vertical (respectively) pieces that are located just upstage of the grand drape. Together, one teaser and a pair of tormentors (one on each side of the stage) are frequently used to form a reduced-size “false proscenium” within the frame of the actual theater proscenium. “Hard” teasers and tormentors are typically constructed of thin plywood, which in turn is covered with dark colored, light-absorbing material (false prosceniums may also be made entirely of solid materials). The teaser is usually flown from a dedicated batten so that its height can be independently adjusted so as to optimize its masking of the flies (the fly system and its loads). In the UK this teaser is usually referred to as the House Header.

Legs are tall, narrow stage drapes that are used to mask the wings on either side of the stage. Borders, are wide, short draperies that span the width of the stage; these are used to mask lights and scenery that have been raised into the fly loft. Boarders may be backed with heat and flame-resistant material if used close to hot lights.

Drapes that hang at the sides of the stage perpendicular to the proscenium opening to mask the wings are known as tabs (outside of the UK) (as shown in the drawing at the top of this page. These are sometimes known as “germans”. In the UK (where tabs refers to a different type of drape), these curtains have other names, often Up & Downers (as unlike most drapery that runs across stage, these run from upstage to downstage).

Drops may be hung by various means. Often made of muslin which has been sized and painted, the top may be pressed between two pieces of lumber (a batten) and clamped to a pipe, with a pipe or chain through a hem pocket at the bottom giving it weight to prevent flapping. Some may be grommeted along the top and tied to the pipe with tie-line (usually drapery cord nowadays). A time-honored method of hanging a drop is the roll-drop, in which the bottom of the drop is attached to a round batten. The drop is rolled onto it from the back, and is deployed by rope rigged through blocks (pulleys) to be pulled from offstage to release the tension holding the batten up, thus unrolling it slowly until completely unfurled.